Projects The Fault in Our Stars

VARIETY.COM – With Theo James landing the male lead in Summit’s “Divergent,” the next big role for young men is the one opposite Shailene Woodley in Fox’s “The Fault in Our Stars.”

Brenton Thwaites, Nat Wolff, Nick Robinson, Noah Silver and Ansel Elgort will test this weekend for the role of Augustus “Gus” Waters, the former basketball player who lost his leg to cancer who Woodley’s character, Hazel meets in a cancer support group.

Josh Boone is on board to direct the adaptation which is based on the book by John Green.

Given the book’s popularity and Woodley’s rising status, it’s been a priority to find her co-star and young thesps have chased the part with equal urgency. As of now, no one is considered a front-runner.

‘The Spectacular Now’ Gets Release Date

DEADLINE.COM – Upstart distributor A24 has set a June 14 limited theatrical release launch of the Sofia Coppola-directed The Bling Ring, and it has set an August 2 limited release for the James Ponsoldt-directed The Spectacular Now. This spring, A24 launches Ginger & Rosa and Spring Breakers, films also aiming at a young demographic.

The Bling Ring stars Emma Watson, Leslie Mann, Gavin Rossdale and Paris Hilton, latter of whom was actually ripped off by the title characters, young bandits who broke into the homes of well to do celebutantes. The film’s based on the Vanity Fair article The Suspects Wore Louboutins by Nancy Jo Sales.

The Spectacular Now was scripted by (500) Days of Summer scribes Scott Neustadter and Michael Weber and stars Miles Teller, Shailene Woodley, Brie Larson, Kyle Chandler, Jennifer Jason Leigh and Elizabeth Winstead in a drama about a mismatched young high school students. It was bought at Sundance in January.

First Stills from ‘White Bird in a Blizzard’

I’ve updated the gallery with the first stills of Shailene as Kat Connors in the upcoming thriller White Bird in a Blizzard, directed by Gregg Araki. Hopefully we’ll be seeing and hearing a lot more about the film in coming months.

Kat Connors is 17 years old when her perfect homemaker mother, Eve, a beautiful, enigmatic, and haunted woman, disappears – just as Kat is discovering and relishing her newfound sexuality. Having lived for so long in a stifled, emotionally repressed household, she barely registers her mother’s absence and certainly doesn’t blame her doormat of a father, Brock, for the loss. In fact, it’s almost a relief. But as time passes, Kat begins to come to grips with how deeply Eve’s disappearance has affected her. Returning home on a break from college, she finds herself confronted with the truth about her mother’s departure, and her own denial about the events surrounding it… 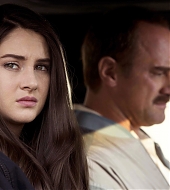 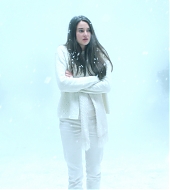 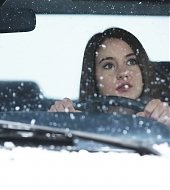 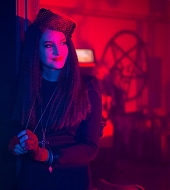 INDIEWIRE – It looks like SXSW is going to be a bit of Sundance South in 2013. With Park City premieres like “Don Jon’s Addiction,” “Computer Chess,” “Prince Avalanche,” “Before Midnight” and “Upstream Color” all headed to Austin, one more movie that unspooled at the festival is making its way to the city of BBQ.

Zal Batmanglij’s “The East” will be the Closing Night film of the 2013 SXSW Film Festival. It’s familiar territory for the director, who followed a similar trajectory in 2011 with “Sound Of My Voice,” with that film too taking a bow at Sundance and playing SXSW a couple months later. But capping off an exciting week or so of moviegoing is a nice way to return. The film stars Ellen Page, Alexander Skarsgard, Brit Marling and Patricia Clarkson, and tells the story of a young woman who infiltrates a radical environmentalist activist group but finds her moral boundaries becoming blurred.

As we noted in our review, the film is one that should get many people talking, and it seems like a good note to end SXSW on. Meanwhile, even more Sundance titles have also been added to the lineup including James Ponsoldt’s “The Spectacular Now,” docs “Muscle Shoals,” “Pussy Riot – A Punk Prayer” and “Linsanity” as well as Ramin Bahrani’s “At Any Price” and many more. Check out the official website for more details. The festival runs from March 8-16.

VARIETY – Though Summit and Neil Burger’s “Divergent” is still on the lookout for its male lead to pair with Shailene Woodley, it may have found a major co-star for her with Kate Winslet in talks to join the movie.

Summit is eyeing a film trilogy; it acquired the Veronica Roth novel in March 2011, shortly after which Burger beat out a slew of helmers to land the coveted gig. The story has a futuristic, “Hunger Games”-like teen-on-teen violence setting and follows 16-year-old Beatrice Prior, whom Woodley is set to play. It is unknown what part Winslet would play in the film.

Burger will helm, with Doug Wick and Lucy Fisher producing through their Red Wagon banner. Vanessa Taylor is rewriting the script that Evan Daugherty penned and Burger helped develop.

Though Winslet is no stranger to starring in a big-budget-tentpole, the film would mark her first opportunity at a possible franchise.

Summit is also still trying to find its male lead to pair with Woodley. The studio recently tested Lucas Till, Alex Pettyfer and Jeremy Irvine, but sources say the shingle may go older after not finding its guy with the latest readings.

The CAA- and United Agents-repped Winslet can be seen in Relativity’s “Movie 43,” which bows this weekend, as well as Paramount’s “Labor Day,” which bows sometime in the fourth quarter of 2013.

INDIEWIRE – It’s been a year since Shailene Woodley netted an Independent Spirit Award and a Golden Globe nomination for her feisty breakthrough turn opposite George Clooney in Alexander Payne’s “The Descendants.” Since then, the 21-year-old has been finishing up her run on the ABC teen show “The Secret Life of the American Teenager” (the last episodes air this spring) and laying low on the film front. She’s finally back on the big screen in “The Spectacular Now,” a deeply affecting coming-of-age film that earned a rapturous response at its world premiere on the second day of the Sundance Film Festival Friday. (The film was recently acquired by A24 and is expected to open this summer.)

In the drama, helmed by “Smashed” co-writer-director James Ponsoldt, Woodley proves that “Descendants” was no fluke by showing great range as Aimee, a deft high school student with a bright future ahead who falls for the troubled class clown (a revelatory Miles Teller).

Indiewire sat down with Woodley in Park City to discuss her absence from the film circuit, shooting her first sex scene and taking over from Kirsten Dunst to play Mary Jane Watson in the upcoming “The Amazing Spider-Man 2,” directed by “(500) Days of Summer” helmer Mark Webb.

You were visibly choked up on stage following the first screening at the Library. What was going through your mind?
A) It was the first Q&A I’ve done in about a year, so that was a little nerve-racking. And B) I’ve never had a film in Sundance. I come here every year just to watch films. And I think that the crowd that’s attracted to this festival is really outstanding and obviously loves film, so it’s always nerve-racking to present a film to a crowd that knows what they’re talking about and knows their stuff.

Were some of your emotions tied to your own reaction to the film?
I mean, I’d seen a rough cut but I’d never seen the full thing before. I was still trying to process what I had just seen, and process whether I thought it was a good film.

So what’s your verdict then, now that you’ve had a night to sleep on it?
I’m very, very proud of it. I think it’s really exciting and different and beautiful. There aren’t a lot of films about adolescents or quote-unquote coming-of-age films that are realistic nowadays. This is a really truthful birds’-eye look at what it’s like to be in high school right now.

In many ways the film is the antithesis to shows like “The Secret Life of the American Teenager.”
“Secret Life” and “Spectacular Now” couldn’t be any more different. “Secret Life” wasn’t realistic at all. I think the themes at the core had a lot of truth to them, but the way in which they were presented was not realistic or truthful. Like I said, “Spectacular Now” was a really human piece. We got to explore and really get inside these kids’ minds. I love that they weren’t dumbed down. Teenagers are extremely smart!

END_OF_DOCUMENT_TOKEN_TO_BE_REPLACED 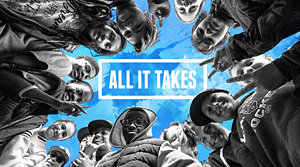 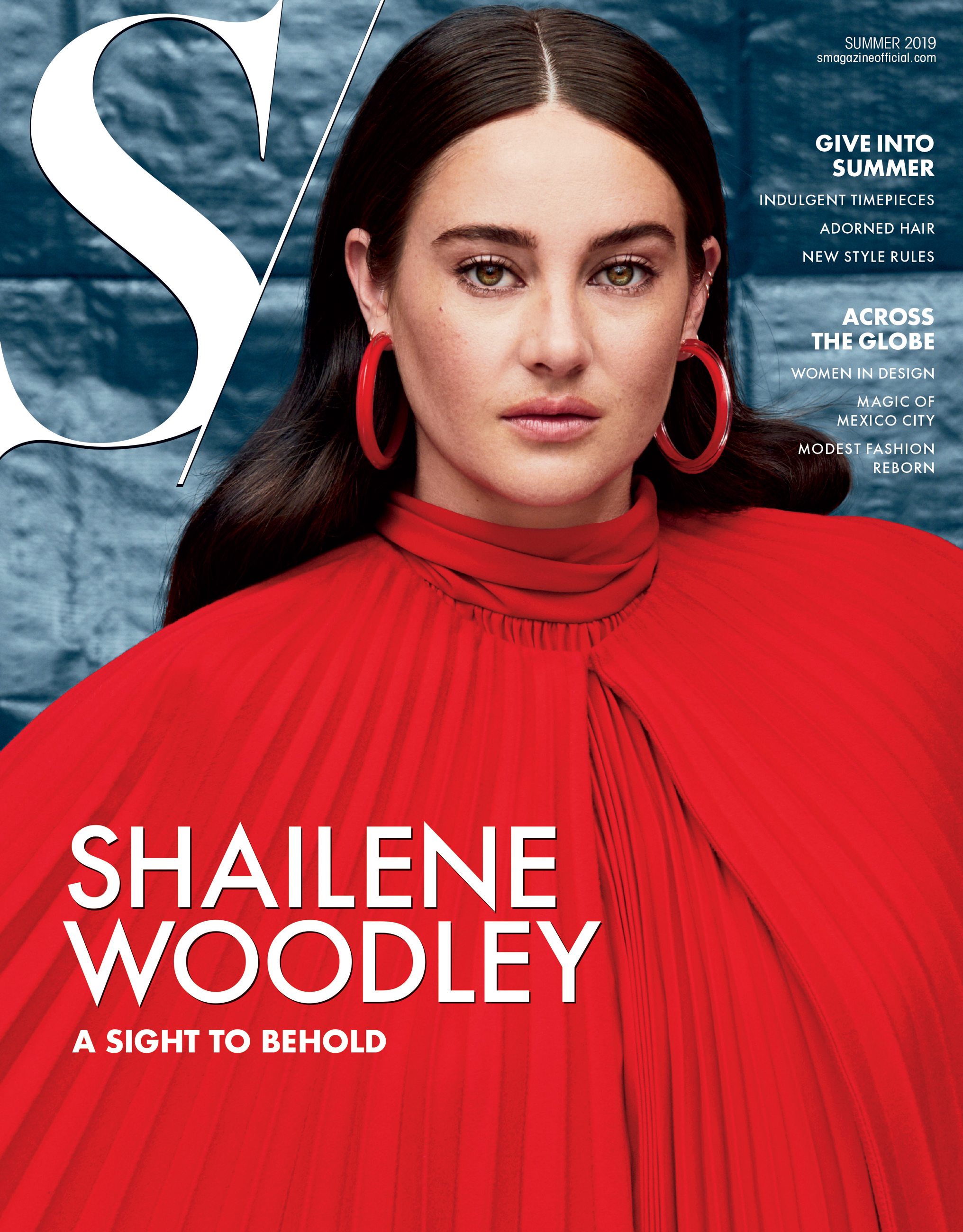