Last night marked the premiere of Endings, Beginnings at the Toronto International Film Festival – and we’ve uploaded photos of Shailene from the event. Reviews out of the screening have been mixed, to say the least, but I think this has often been the way director Drake Doremus’ films have been received. Either way, I can’t wait to see it (hopefully the wait won’t be too long). 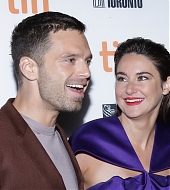 I’ve updated the gallery with screen captures from Adrift, one of my favorite Shailene projects and probably her strongest performance (in my opinion, at least). I won’t spoil the film for those who have yet to see it, but please check it out when you have the chance – it’s definitely very underrated, and the fact that it’s based on real events just makes it even more compelling. In addition to captures from the film, the bonus features have also been uploaded to the gallery. Enjoy! 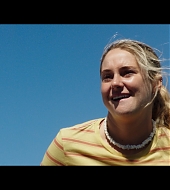 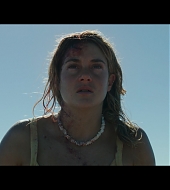 THE WRAP – “Big Little Lies” star Shailene Woodley has joined the cast of “After Exile,” an indie crime drama starring Robert De Niro and Shia LaBeouf, an individual with knowledge of the project told TheWrap.

“After Exile” will be directed by Joshua Michael Stern from a script by Anthony Thorne and Michael Tovo, who wrote the film’s story based on true events from his life.

Woodley will play a character who grew up with LaBeouf’s and whose fractured relationship with him leads him to him turning to drugs and falling into depression.

LaBeouf is playing an ex-convict just released from prison after killing an innocent man following a violent robbery. He tries to re-enter society while working with his father, played by De Niro, to prevent his younger brother from falling into a similar life of drugs and crime. De Niro’s character is also an ex-con who years earlier lost his wife and still struggles with alcoholism and guilt, even as he hopes to prevent his sons from following his same path.

Thorne is also producing “After Exile” alongside Steve Snyder of Pacific Shore Films, which is financing the film. Les Cohen is executive producing, and production is expected to begin this October in Philadelphia.

On the film end, Woodley last starred in the survival story “Adrift” from director Baltasar Kormákur, and she’ll next be seen in Drake Doremus’s love story “Endings, Beginnings,” which will make its premiere at Toronto next month. Woodley is represented by Hyperion, Management 360, and Felker Toczek Suddleson Abramson.

News of Woodley’s casting was first reported by Deadline.

I’ve updated the gallery with photos and screen captures from Shailene’s role in Snowden, where she played Lindsay Mills–the girlfriend of whistle-blower Edward Snowden (portrayed by Joseph Gordon-Levitt). Enjoy!

I could seriously watch these women discuss anything and everything, such a great dynamic! I’ll work on adding screen captures from the videos very soon.

END_OF_DOCUMENT_TOKEN_TO_BE_REPLACED

You can find out more about which cookies we are using or switch them off in settings.